The introduction of a new generic medication to prevent the spread of HIV improves affordability – but only if plan sponsors encourage use and adherence. 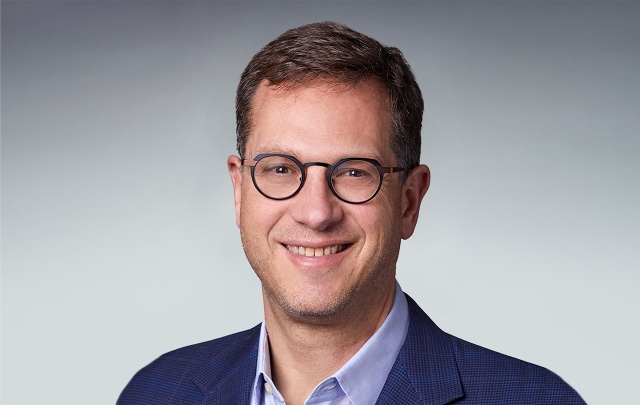 In the US, more than 700,000 lives have been lost to HIV, and more than 1 million are living with HIV. Thankfully, early detection and highly effective treatment are helping most people with HIV enjoy normal and healthy lives. Unfortunately, HIV continues to spread, with roughly 35,000 people in the US newly infected each year.

In 2019, the U.S. Department of Health and Human Services (HHS) announced a bold plan to reduce new HIV infections by 75% by 2025, and to end the HIV epidemic in the U.S. by 2030. As a physician who cared for people with HIV in the early days of that other pandemic, I am beyond eager to see this plan succeed.

While this noble public health initiative relies on science and the focused efforts of medical providers and community health experts, employers and health plans can, and must, play an active role by promoting preventive treatments, and especially for those at highest risk of infection.

Pre-exposure prophylaxis (PrEP) anti-viral therapy has been a game-changer for preventing HIV infection since 2012, when Truvada became the first drug approved in the US for this indication. Descovy, a second drug from the same manufacturer, was approved in late 2019. Both combinations are highly effective in reducing the risk of HIV infection among people at increased risk of contracting HIV from sex. Truvada has also been shown to be at effective in reducing the spread of HIV among those who inject drugs.

Since coming to market, the cost of PrEP has been a significant barrier to patient access, hindering its potential to reduce HIV transmission. Our own research revealed that the cost of a 30-day supply of PrEP in 2020 was more than $1,600, but less than half the cost of treating someone for HIV.

Now, however, the first FDA-approved generic for Truvada, and the promise of more to come, will make prevention significantly more affordable for those at risk for HIV and their plans, and presenting us and plan sponsors, with an important opportunity to promote appropriate use and adherence.

Use of PrEP reached a new high in 2019, driving an 8.1% spending increase, as reported in the Express Scripts 2019 Drug Trend Report. In 2020, Descovy, the brand drug approved for PrEP at the end of 2019, saw a 163.9% increase in utilization, with much of that increase coming from people switching from Truvada.

The generic for Truvada, approved late last year, will become the preferred PrEP therapy on the Express Scripts PBM National Preferred Formulary on July 1, 2021. With this simple change to the formulary, members who receive the generic for Truvada will see reductions in out-of-pocket costs of up to 90%, and plan sponsors will realize savings of more than $34M in 2021. We will be making cost one less barrier to preventing the contraction of HIV.

Descovy is also included on the National Preferred Formulary, providing an option for patients with kidney disease or osteoporosis for whom Truvada may not be used.

While we are working to reduce cost barriers to PrEP use and adherence, other barriers remain. Experts cite a number of barriers to adoption of PrEP therapies but with the right tools and strategies, plan sponsors can address these challenges.

How to Increase PrEP Utilization

Reports estimate a low utilization rate, with only 8% of at-risk people taking PrEP. This is partially attributed to stigma: Negative societal attitudes about HIV have resulted in labeling, stereotyping and rejection.

Two ways that plan sponsors can mitigate stigma with the goal of increasing the use of PrEP are:

How To Encourage PrEP Adherence

Once patients are taking PrEP, high adherence is key to reducing the risk of acquiring HIV. Clinical trials report varying efficacy, primarily due to differences in medication adherence1. Adherence is affected by cost, forgetfulness, stigma, misperceptions regarding personal risk, medication side effects and the logistics of daily life2.

Three ways that plan sponsors can mitigate low adherence are:

Without timely intervention, an estimated 400,000 additional Americans could be diagnosed with HIV by 2030. By focusing on improving use of and adherence to PrEP, we can work toward a future where nobody finds themselves newly diagnosed with HIV.

2 A systematic review of adherence to oral pre-exposure prophylaxis for HIV – how can we improve uptake and adherence? David Sidebottom, Anna Mia Ekström, and Susanne Strömdahl

When the COVID-19 and Obesity Pandemics Collide